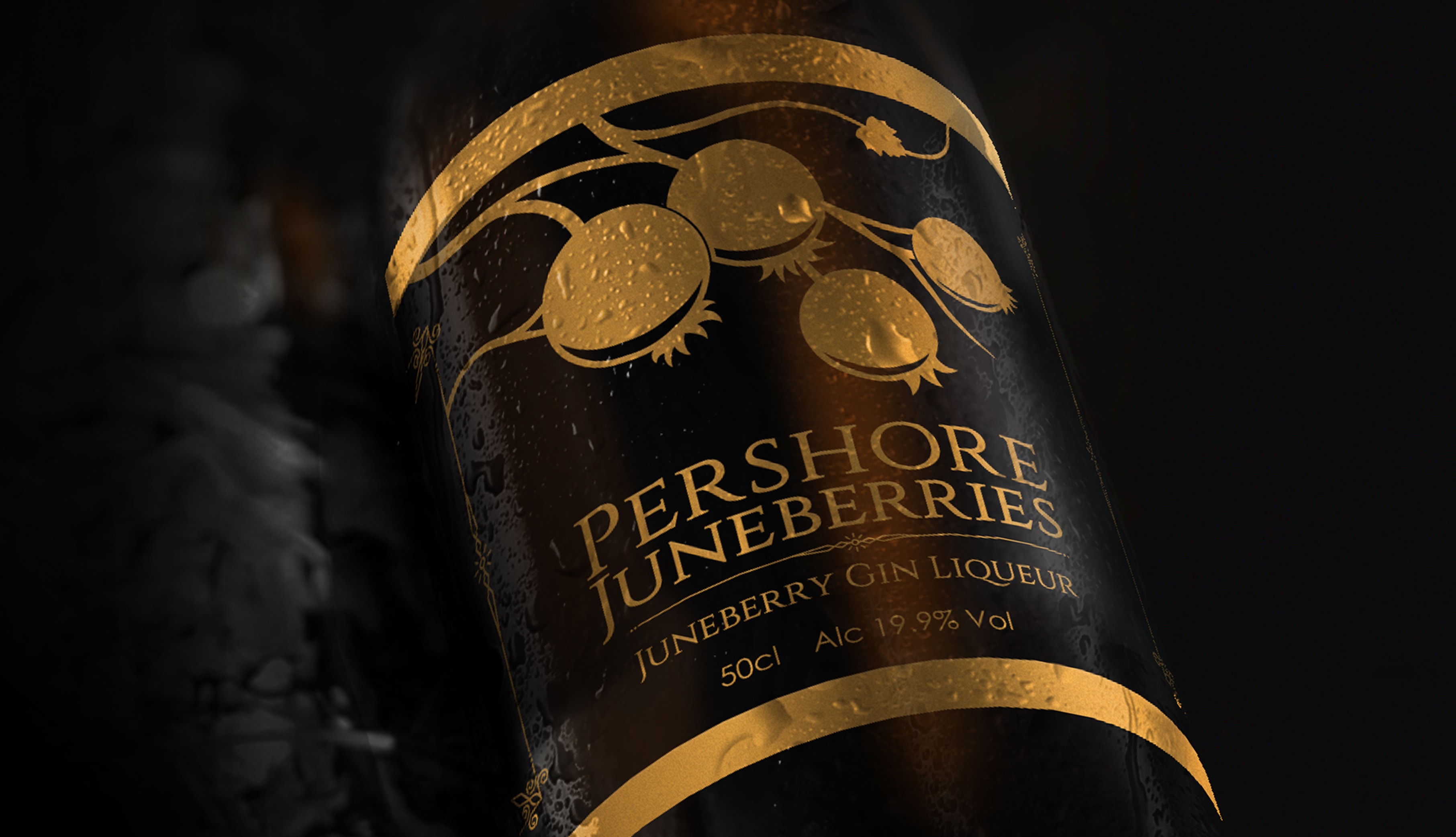 After finishing Pershore Juneberries first set of vinaigrette labels earlier in the year, we were asked by Sophie Sidaway to come up with a label design for a set of juneberry themed Christmas products. She was in the early stages of developing a juneberry gin liqueur, and wanted to showcase the product at various shows during the lead up to Christmas. A vodka was also in the works too, so we were asked to complete a design for both. 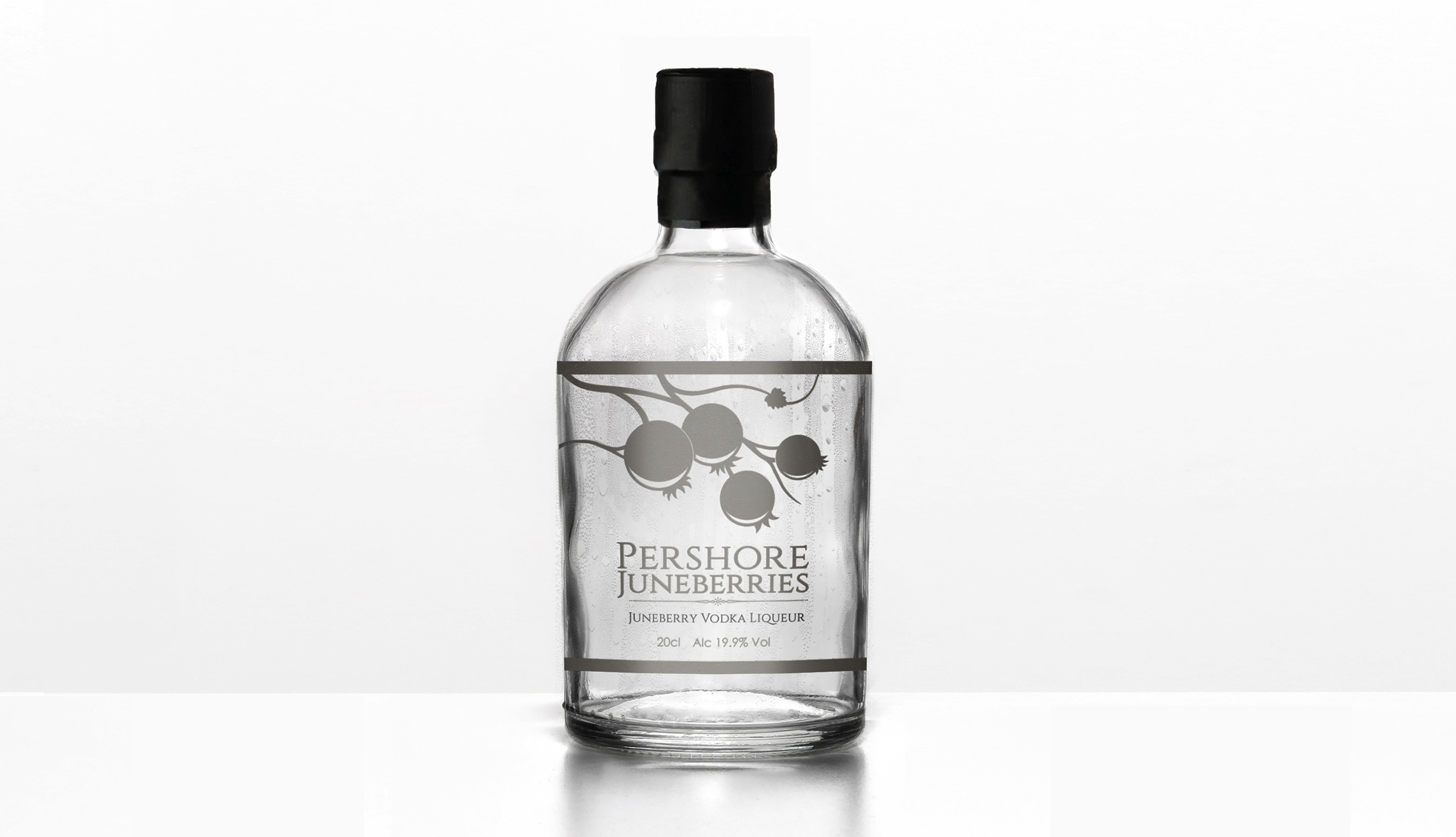 We decided to reuse design elements found in their previous set of labels, but opted for a flat design this time round. Sophie wanted to be able to see the maroon coloured juneberry gin through the labelling, so we thought it was best to use a metallic gold design to compliment the colour. This also helped give it a very “Christmassy” feel too! As this was a premium product, we added some fine regal details to the edges of the labelling. 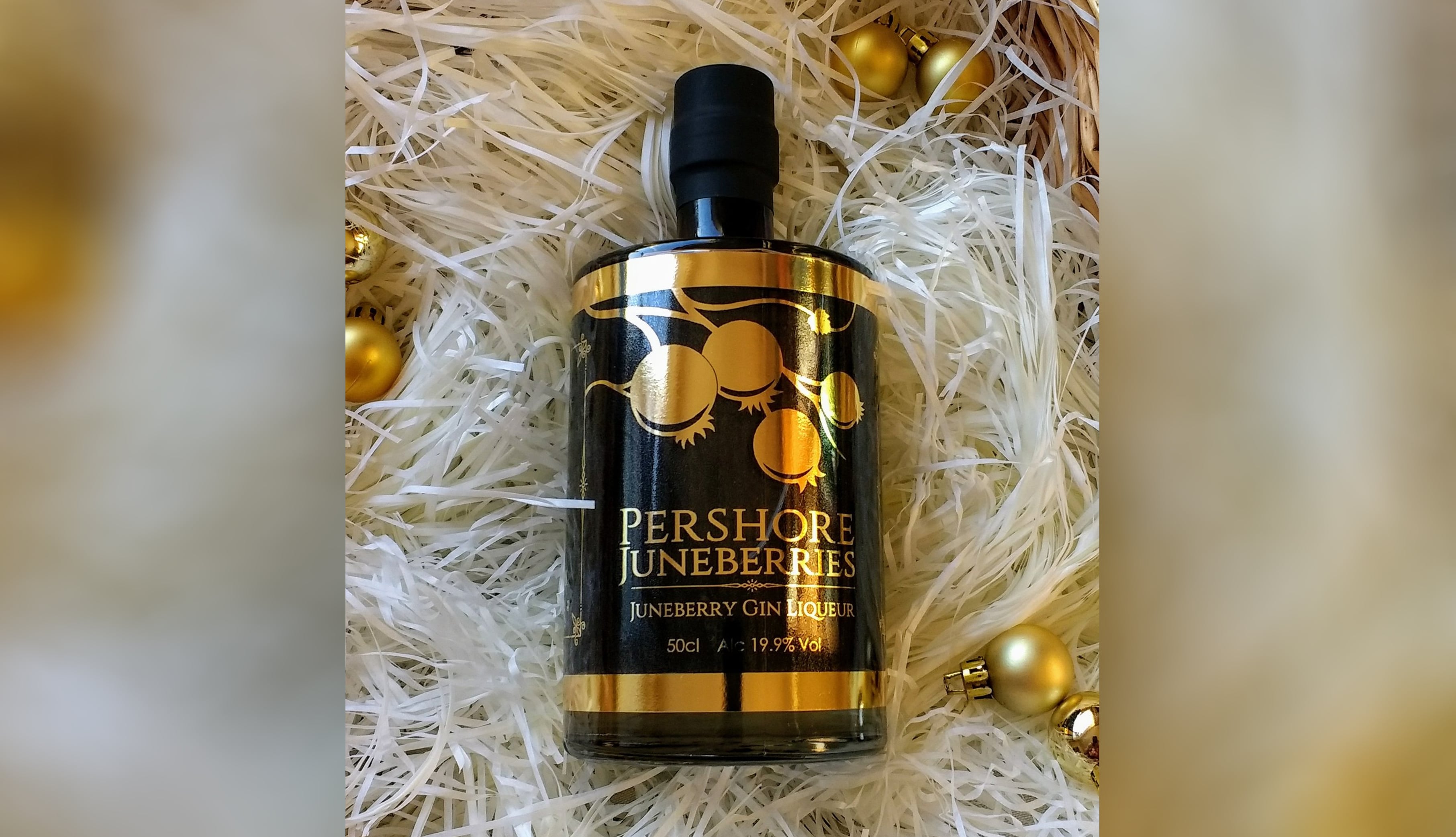 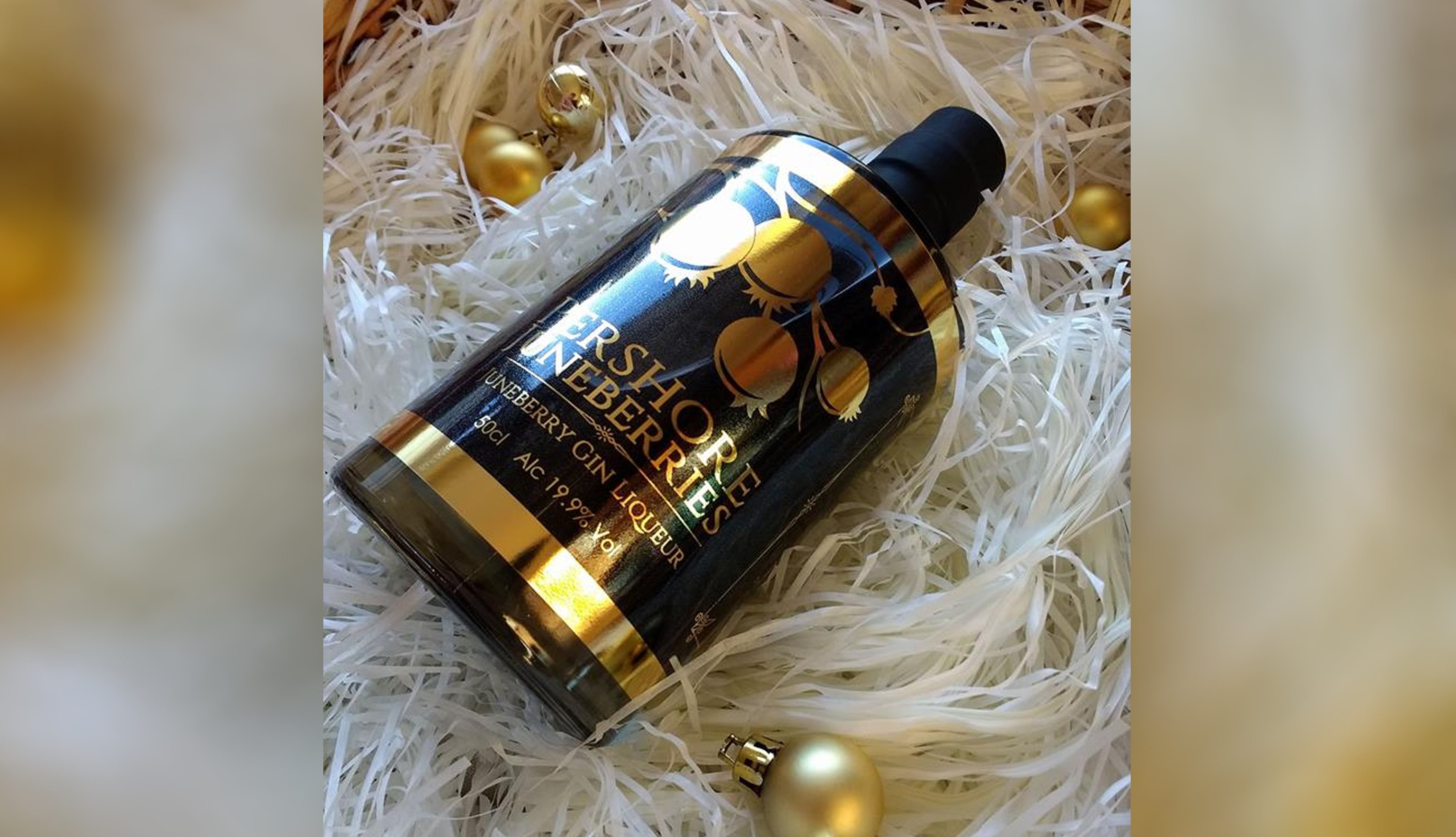 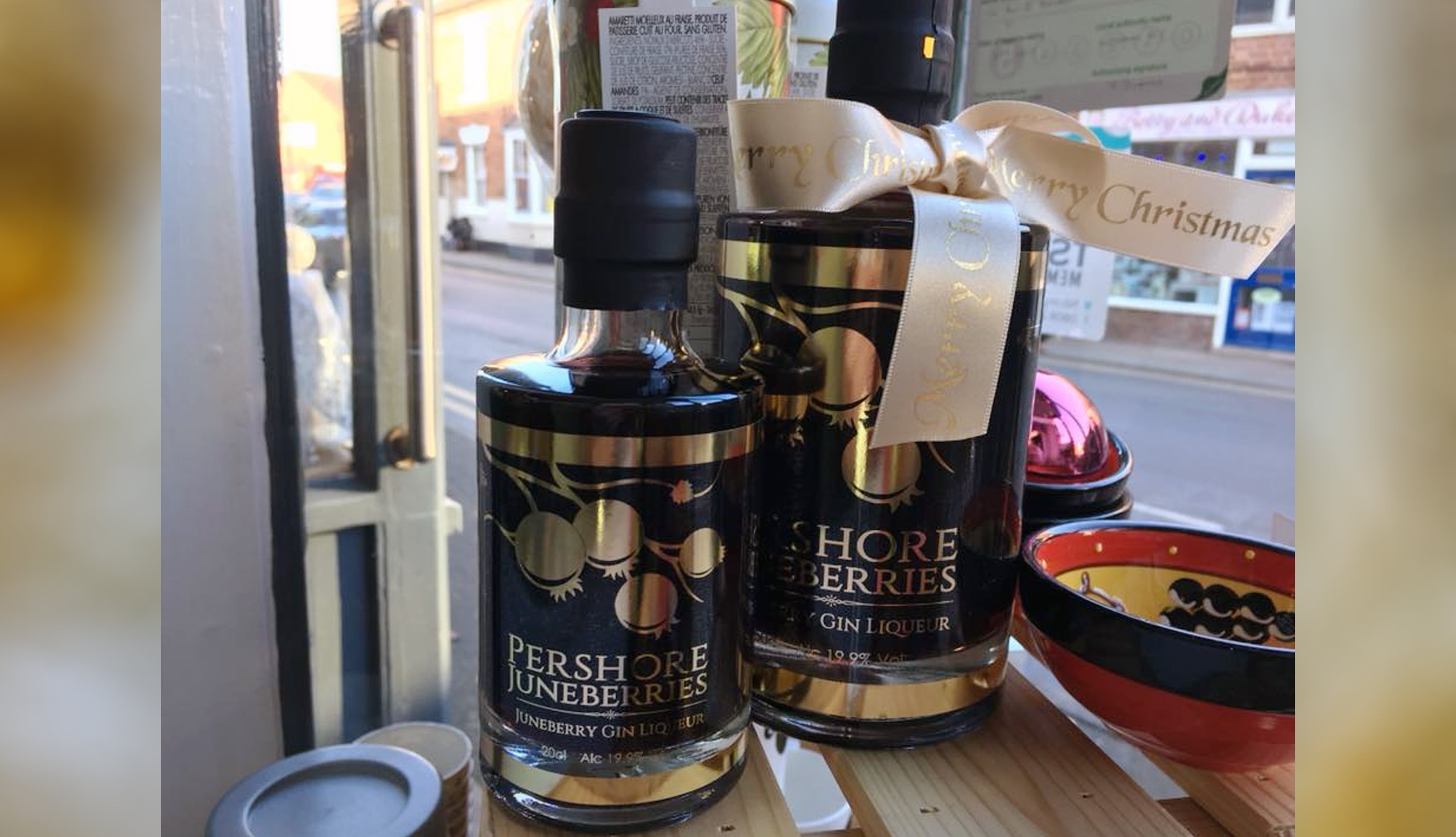 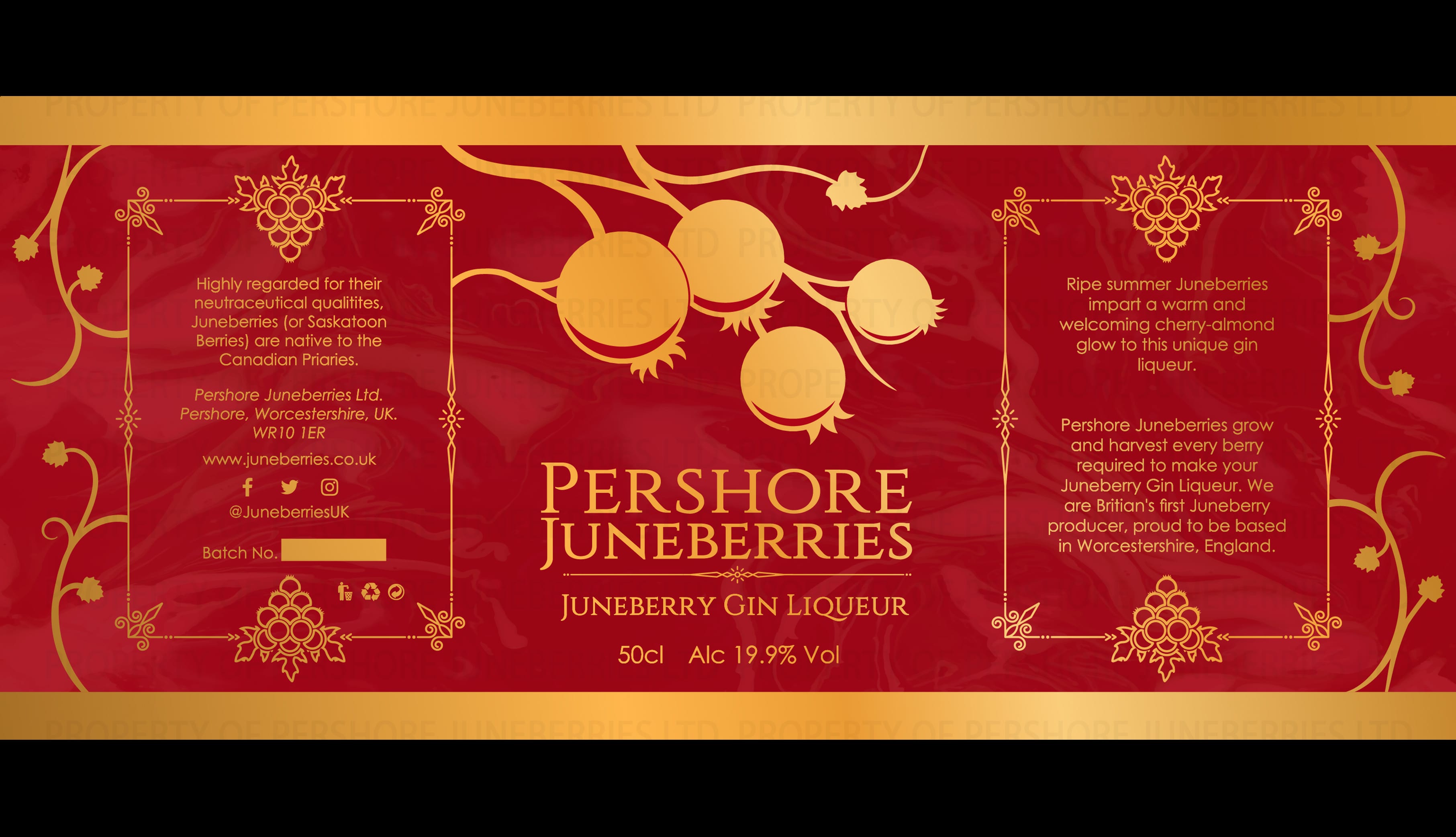 The design for the vodka labels was identical, but this time in a metallic silver. We experimented with a white design too, but finally settled on the silver in the end. The vodka will be hitting the stores later in 2018. 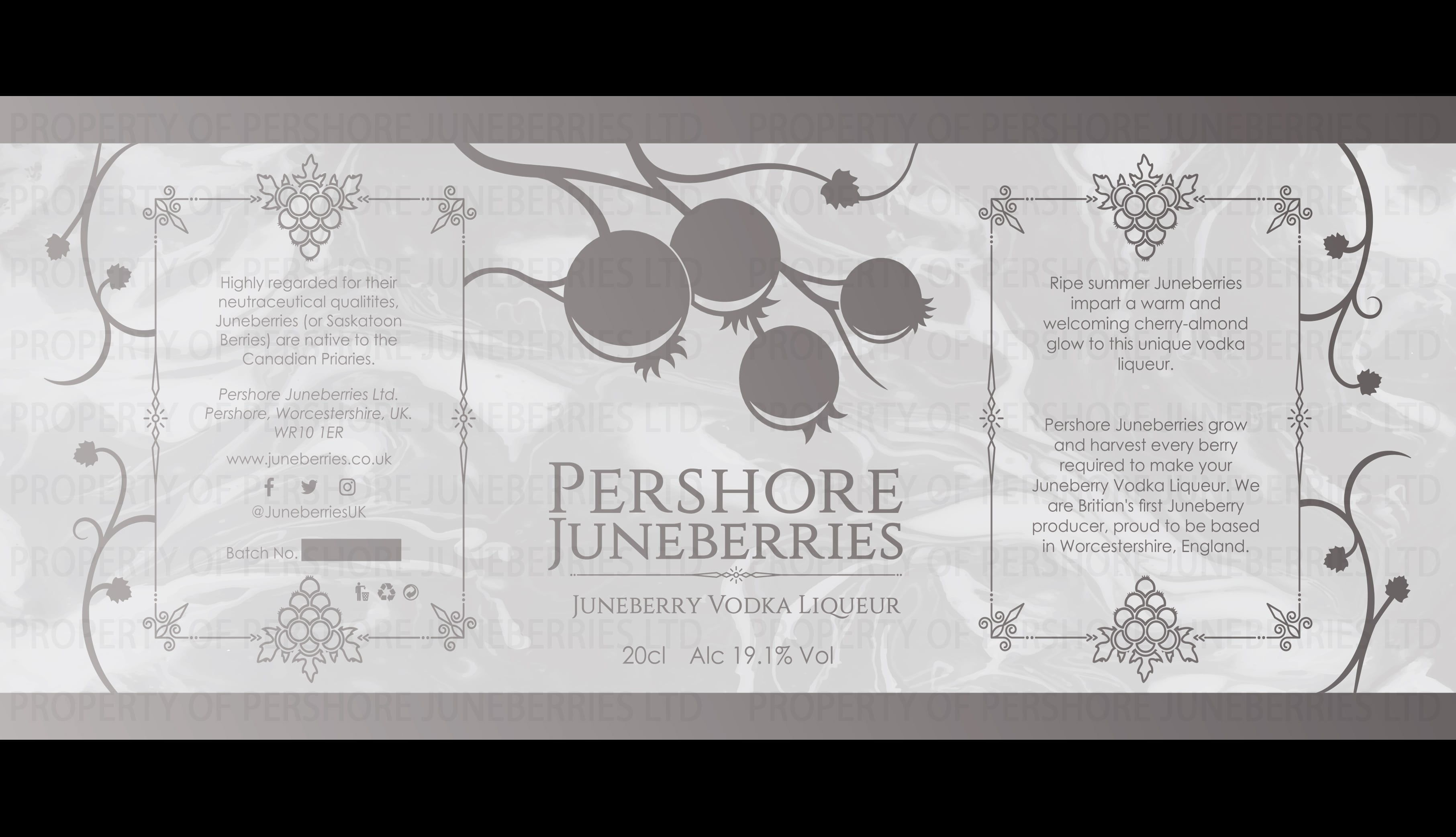 We were happy to find out that the juneberry gin did extremely well for Pershore Juneberries, and even more chuffed to hear that the label design was a big talking point! Sophie is now getting ready to sell the product commercially, so we have been asked to be involved with that exciting project too. 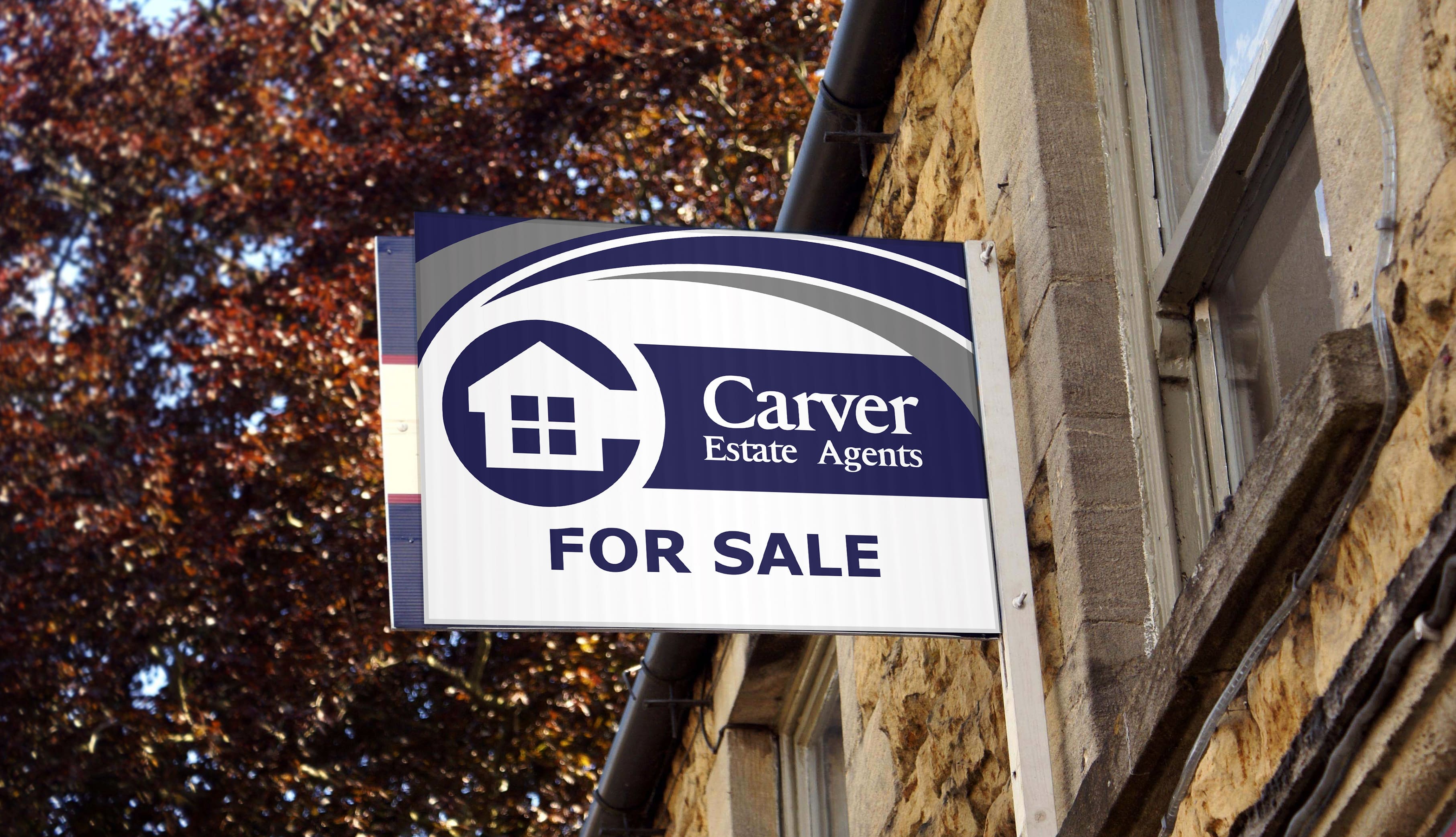